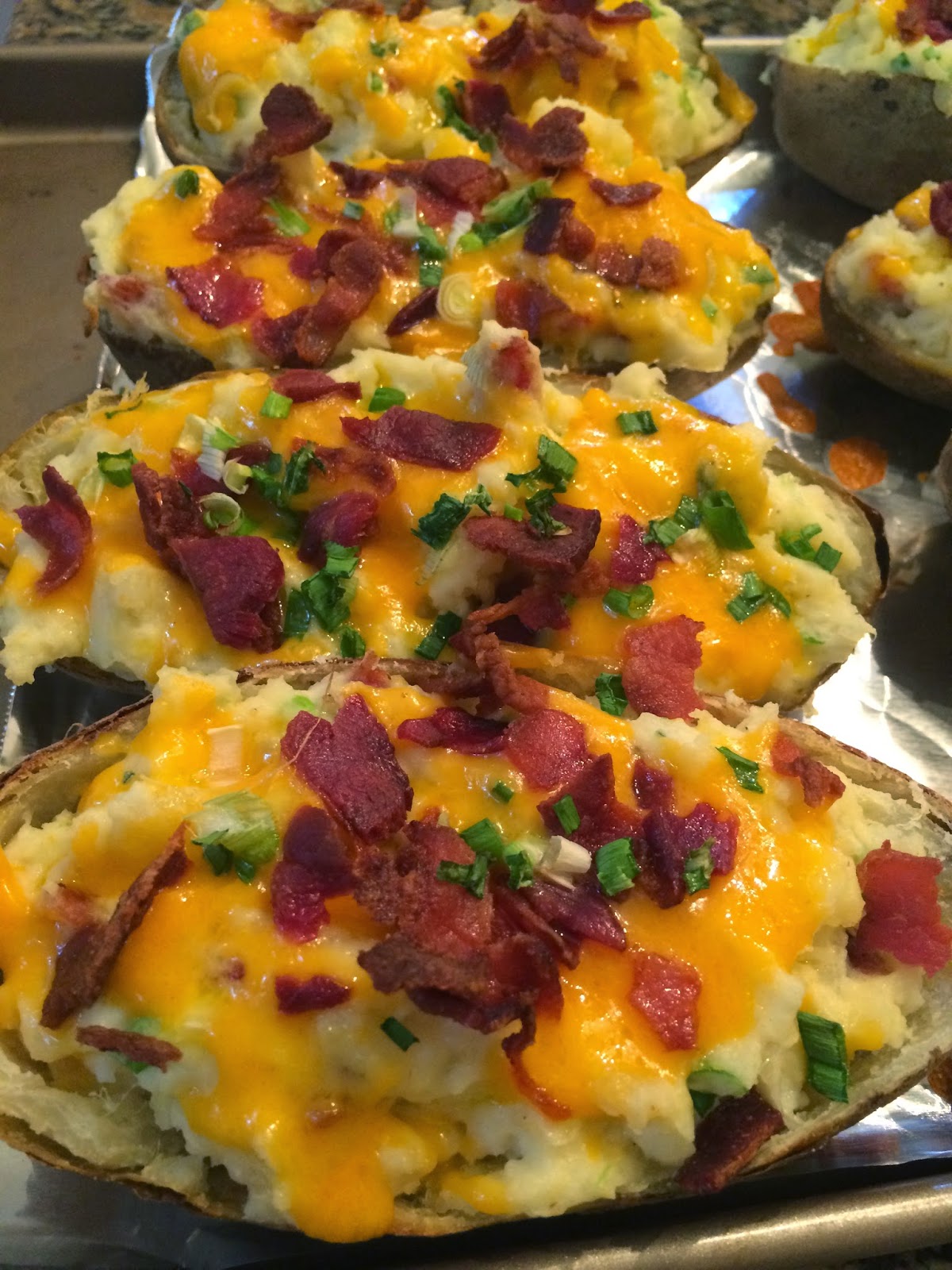 Bake for 1 hour or until a fork goes through the middle of the potato with ease.  The time will depend on the size of the potato.

When potatoes are done, set aside for 10-15 minutes to let them cool a little bit.

Decrease heat in the oven to 350 Degrees.

Slice the potatoes in half lengthwise and scoop out the middle.

Place the potatoes on a baking sheet.

Put the scooped out potato in a large bowl and add the butter and half of the cheese.

When cheese is melted, add the sour cream, butter, milk, half of the green onions, half of the bacon, salt and pepper.  Mix by hand, or with an electric hand mixer, until all are incorporated.

Spoon evenly into each potato and top with the rest of the cheese, green onions and bacon. 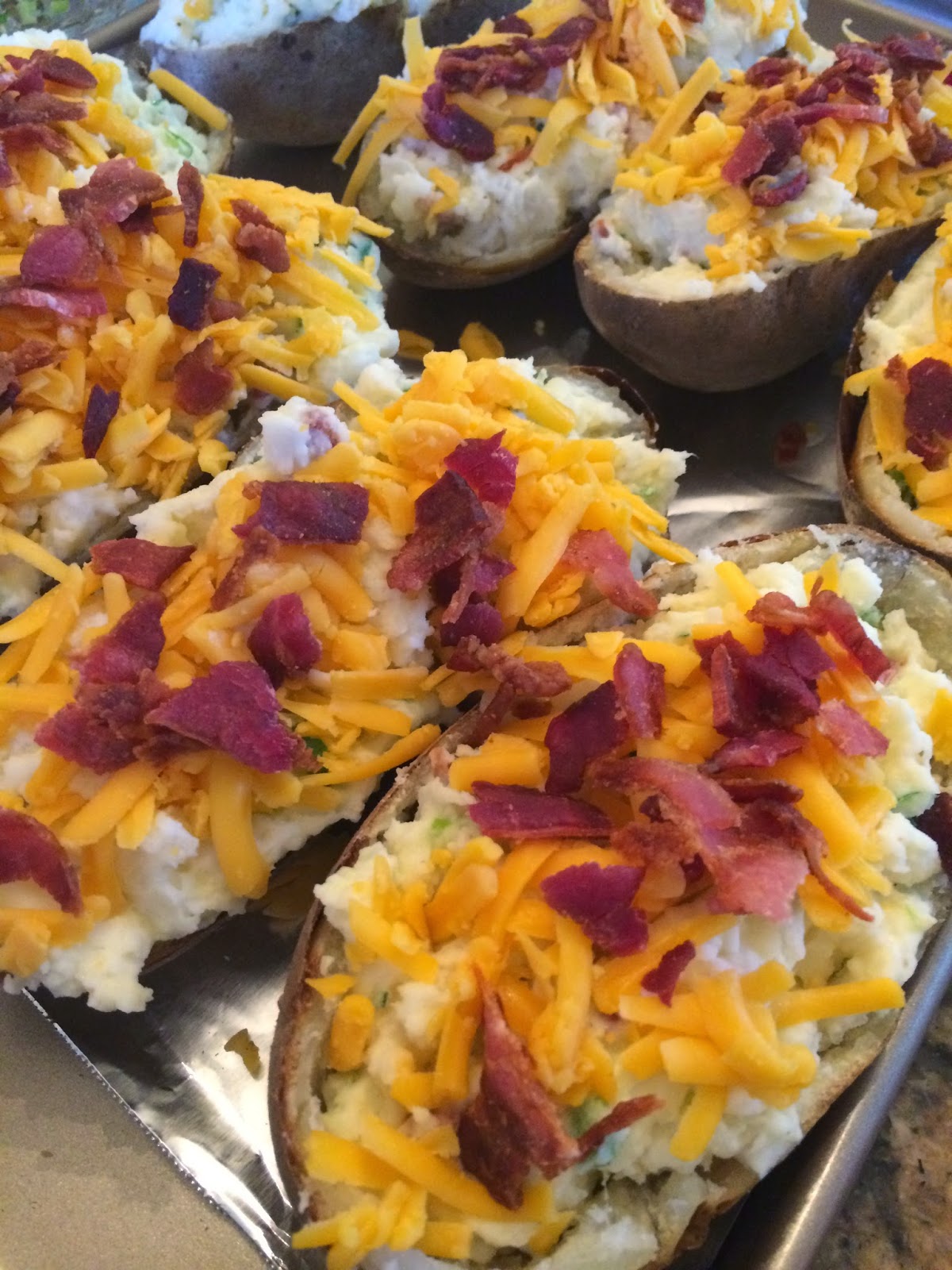 Place in the oven for an additional 15 minutes or until the cheese is melted on top. 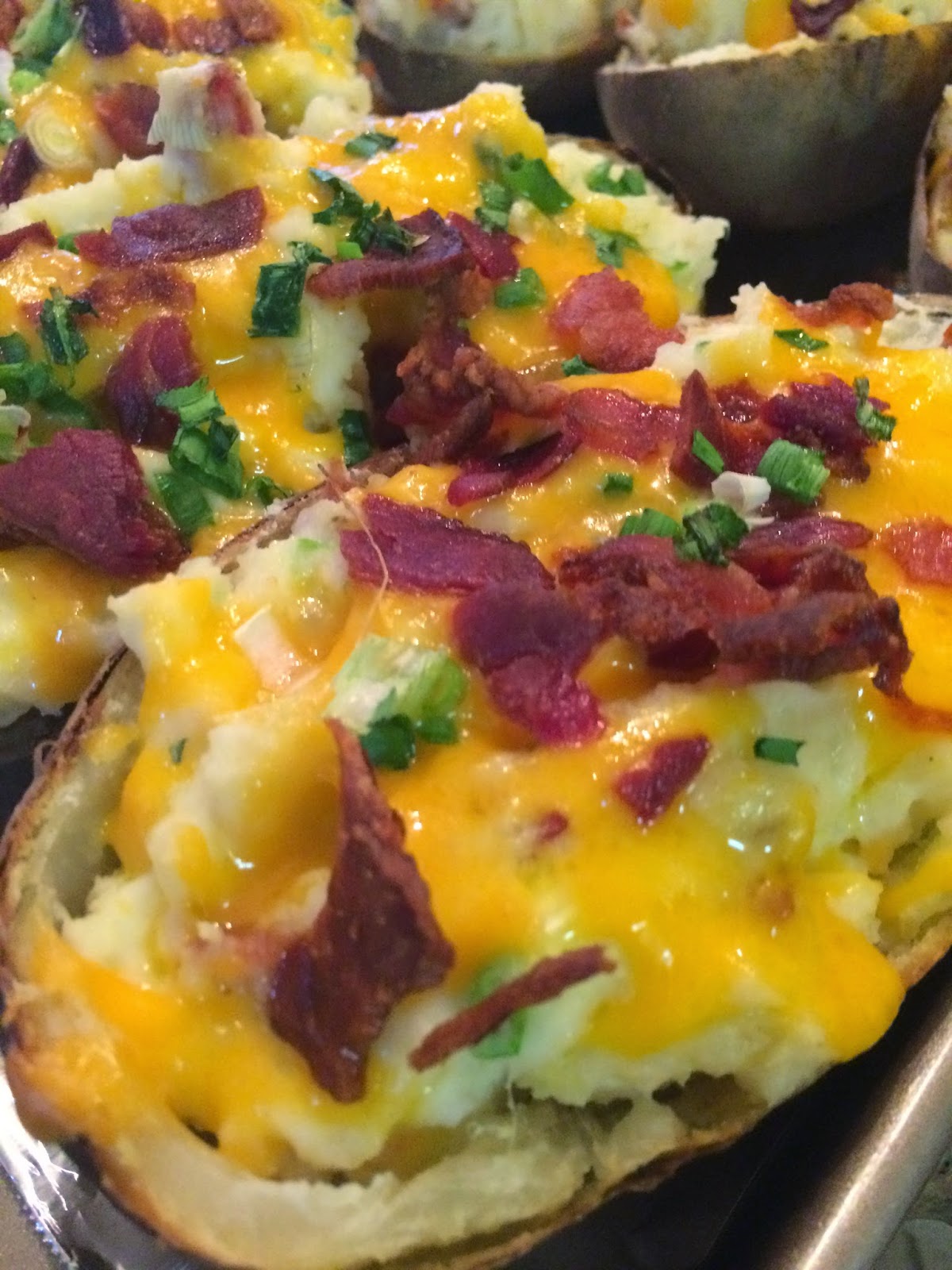